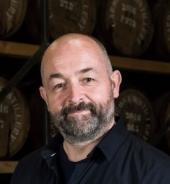 In 1981 Axels family left Germany for what was supposed to be a 4 year stint in New Zealand. After commencing tertiary studies his parents returned to Germany, where he and his sister decided to stay and live in New Zealand.

Axel graduated from Otago University in 1990 and worked in Wellington, New Zealand until 1993, when he decided to move to Melbourne.

After a brief stint working in Dimboola as a locum, Axel started work at Union Health on Swanston St, which he expanded to his current practice at QV Dental, where Axel is practicing dentistry full time now.

Axel is active in the community taking a break from coaching  at FC Birrarung, helping out with the local swimming club and sometimes gets to sail his very old Hobie 18 in Torquay, which just doesn't happen very often.

He enjoys swimming, painting, occasionally hanging his works at the practice. Had Axel not found his passion for dentistry, he thinks he would have become a chef with a passion for preparing and sharing food. He often meets with friends and colleagues to photograph Melbourne and its people. He regularly travels to meet up with old friends overseas.

Axel's professional passion lies in delivering highest quality care in an ultramodern environment yet with warmth and compassion, as Practice Principal he emphasizes a happy team environment and the importance of communication excellence with patients.

Dr Axel is also a specialist in Invisalign at our Melbourne CBD Dental Clinic.

1pm-4pm by appointment only on Saturdays